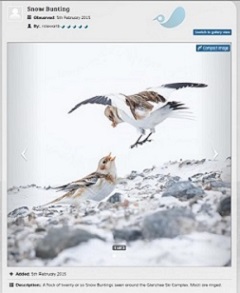 The year 2015 looks like it will go down as the warmest on record and there are predictions that 2016 will be even warmer due to the effects of El Niño and climate change. It’s already the beginning of February, have you noticed any effects on our wildlife?

The iSpot Team has been busy developing our plans for 2016, while at the same time reviewing and reflecting on iSpot activity last year. What were your favourite observations of 2015?

Very hard to choose from the thousands posted over the year, we know, so here are a few you might want to see to spark your interest. 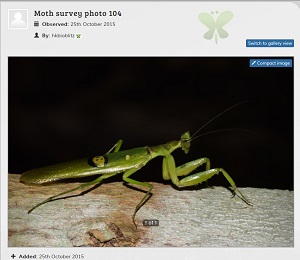 The Chile community produced many coastal observations last year, including Paloma Araya’s posting of an Octopus found in a tidal pool along the Dichato coast, Concepción, Chile. Imagine finding this while out rockpooling, any ideas on its identity? Why not be the first to ID it!

You can also see an observation of the Flower-mantis (Creobroter gemmatus), one of the highlights from the very first Hong Kong Bioblitz.

These observations give an idea of the very different habitats and weather conditions in different parts of the world. While one area is freezing there are coral reefs and warm subtropical forests, but all have interesting wildlife to observe. 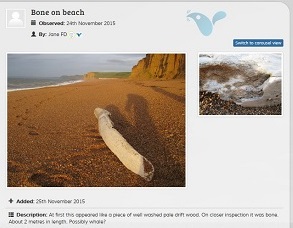 Initially thought to be a piece of wood then identified as a whale bone (Cetacea), this observation from Jane FD drew some interest. Is it a rib or part of the jaw? Is it from a fin whale, the second largest species of whale weighing up to 74 tonnes, if so where is the rest of the skeleton? Why not add your comments to this and other discussions around an observation.

Have you looked at the iSpot projects section recently?

In the UK and Ireland community there are about 1000 different projects on a variety of things, for example MickETalbot has set up an project looking at seeds as an aid to plant identification. 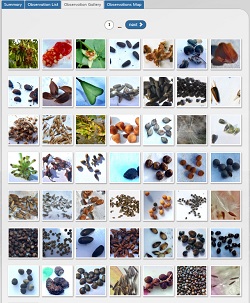 There are also some very interesting projects in the South African community; do take a look. You can switch communities using the Communities button on the top right of the toolbar.

Have you ever tried clicking on the taxonomy links that appear on the right hand side of the observation page once a name has been arrived at? It can be a powerful way of finding lists of similar species and understanding more about that group of organisms. 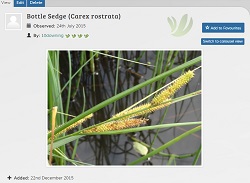 For example, how many of the 97 species of Carex (a fairly obscure, tricky to identify, group of plants) listed in the UK species dictionary have been observed on iSpot? 10downing's observation of Bottle Sedge (Carex rostrata) is just one. Why not click on Carex in the taxonomy links, then on the resulting page click on ‘This taxon’s children are:’ and all the species of Carex and some hybrids are listed. It turns out that almost half of the species in this difficult group of plants have been recorded on iSpot!

Thanks for all your contributions iSpotnature.org is here to help you learn and share more about the wildlife around you, what will you find this year?